Pan, Panic, and the Wild Within

Pan is the embodiment of nature. The wild man– equal parts associated with dancing, music making, and trickster energies.

In many mythologies he is listed as the son of Mercury/Hermes, the ultimate trickster deity, the messenger of the gods, the opener of many of the realms, as well as a source of considerable wisdom and magic.

When we look towards Pan we see both outwardly and inwardly the representative force of the first chakra– of Eros, sexuality and creativity combined with the forces of fear, of terror, of mania, and of pan-ic.

While it was said in some myths that Pan created panic due to his voice, or his music, it can also understood that his mere presence was enough to create panic.

This is a common occurrence for those who have awakened kundalini or have experienced spiritual awakening beyond the point of contending with personal and transpersonal history (what our ancestors experienced and handed down to us in terms of trauma patterns).

It is the pattern of experiencing the opposing polarity of bliss simultaneously with it– the body shaking, becoming overcome by divinity, by grace… of the fear and terror of moving beyond or reconciling the interlinked forces of physical death, of freeing the physical form from being confined to just its identity (realizing in an embodied way that we are more than our physical forms).

Of feeling such close contact with the primordial aspects of our being. 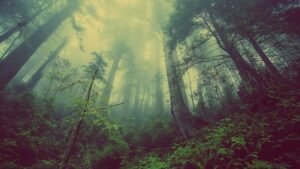 It is not surprising to me that with the approach of Pan, that many of his elements are being unearthed. We have Harvey Weinstein, the symbolic representation of the side of Pan that is ugly, sexually forcing, and used his power over many individuals. Here is the side of Pan that has come more recently into our mythology, post the split with the body (discussed below).

To bring a healthier Pan into existence, this force, this mythology, must die, and I can think of no better symbolic representation of this than the Weinstein case.

The panic that Pan brings was said to be a great fear that would go through the flock. That his mere presence would create a chain reaction to all who felt it. It would cause shaking, trembling, and a feeling of his presence, often without seeing him.

To feel panic and overwhelm by a presence, a force, that we may not be able to totally name, while simultaneously feeling the effects of that force.

Pan was said to be the only deity who could die. John Milton, Elizabeth Barrett Browning, and other poets and writers found themselves called to write about the death of Pan. Such death indicated a switch in forces, a movement away from the body, from the wildness, from the first chakra.

Such a death was described as a way to usher in a new era, with the birth of Christ signaling the death of Pan. Such a birth was intended to carry us towards our heads, towards “enlightenment”, the establishment of a world that was focused on the mind and on a reality that separated the head and the body, seeking to vilify or separate us from the natural world as well as our animalistic selves and to keep us contained within a logical, ordered reality.

When we separate from an aspect of ourselves, when we make it shadow, it does not go anywhere. It simply bides its time to appear, or will appear again and again in our reality to show us what is ignored, denied, or out of balance in our lives. To paraphrase Jung, we then call this fate.

When we have many people who have all done this, we have a collective shadow, a cultural and societal severing that plays itself out in a larger way, showing us our imbalances, seeking rectification. 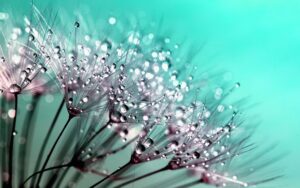 When we have integrated aspects of ourselves, when we are free to embody our sexuality, our wildness, and even our fear or pan-ic, we can, in adult consciousness, realize when and how to utilize those qualities.

We also do our small part in taking those energies back from the collective, from being played out on a larger stage.

We can realize when and how to connect again to the healthy forces of Pan. It is interesting that throughout history, Pan underwent a distinct shift in mythology. He went from being a force or personification of the wild, to being associated with the devil in christianized mythology, to neo-pagan conceptualizations of the mid 1900’s that both revered as well as cast onto Pan the stories of forced sexuality.

When we cannot reconcile things inwardly, we cast them outwards. We cast them onto our myths, our celebrities, and into our media. We can no longer recognize large aspects of ourselves that we have cast out in this manner, be it our inner persecutor, the human tendency towards violence and destruction, or the healthy energies towards sexuality, towards an experience of the divine that is primal, rooted in the woods and the first chakra, rather than the crown chakra and the head and mind. 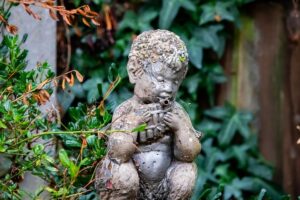 We are not singularly one thing, we are a multitude. And in that multitude there is a connection between all aspects of ourselves. Our inner Pan connected and realized, as well as our heads and bodies finally reconciling their split.

Without our bodies, without our deep feeling and experiencing, without looking towards the depths of ourselves, we cannot connect to joy, to bliss, to the pleasures of being human.

We cannot see the opposing side of pan-ic, of fear, of forces greater than ourselves showing us that we lack the control and certainty that we attempt to believe that we do.

We cannot experience enlightenment, or spiritual awakening, without this first chakra, our inner Pan, awakened and vitalized. The first chakra is the root, the creation energy, of our systems. It is by anchoring into this chakra, healing what arises from there, that we can reconnect to a vitalizing force, the creative force that brings us into existence, that allows for us to change, to bring new things into this world, and allows for this creative force to fully awaken the rest of our being.

Clarification: this is not all we need to do when such forces appear. We experience reality on many different levels, including a pragmatic, material-based one. Tending to all aspects of our reality, from the materialist and scientific to the spiritual, is pairing the head with the body and reconnecting in a way that I suggest. We should not negate any aspect of our reality, but look towards having a clear view of it on multiple levels.

Mary Mueller Shutan is a spiritual teacher and author of books including The Body Deva, which is a method of self-inquiry (inquiring within) utilizing the consciousness of the body for healing and reconnecting to ourselves.

This site uses Akismet to reduce spam. Learn how your comment data is processed.